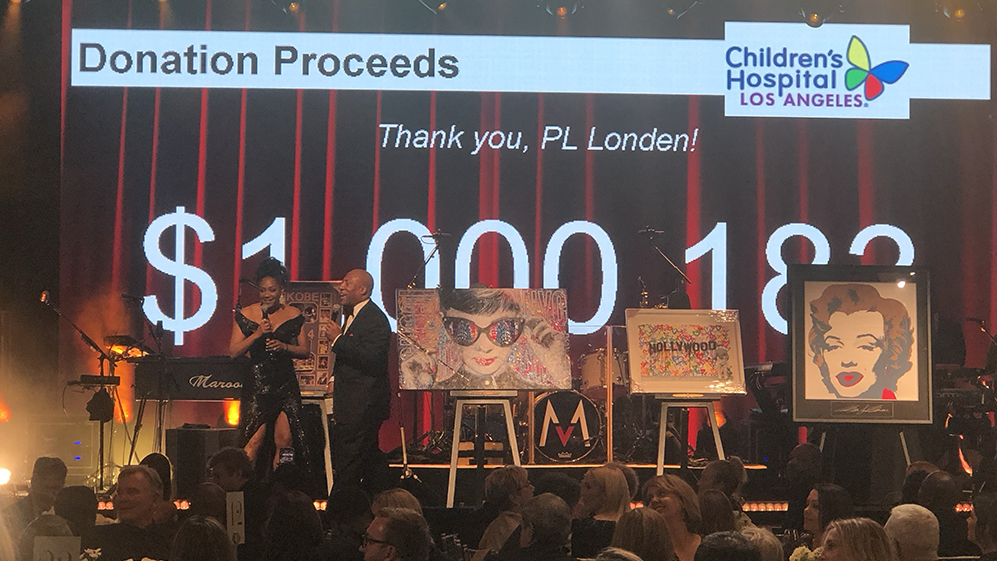 Posted at 19:34h in News by esmpadmin

Byron Allen brought Adam Levine and Maroon 5 to his fourth annual viewing and after-party at the Beverly Wilshire, which of course drew a crowd to the ballroom, who also gave generously to the cause. Benefitting Children’s Hospital Los Angeles, the bash raised $1.5 million for the hospital, as Tiffany Haddish (pictured) and Chris Tucker helped Allen run the live auction and kept the crowd laughing while they opened their pockets. Quincy Jones, Garcelle Beauvais, Paris Hilton, Russell Peters and former Lakers player Derek Fisher made the scene, with Fisher taking the mic to remember his teammate Kobe Bryant in an emotional moment.

Read the full article from The Wrap here.